Blackbeard’s Ship found off the coast of North Carolina!

Blackbeard’s Ship found off the coast of North Carolina!

You’ve heard of archeologists digging up dinosaur bones, but did you know they also explore sunken ships and lost cities underwater too? Check out scuba diving archeologists excavating Blackbeard’s Ship in North Carolina. Underwater archeologists explore places that most people will never get to see!

Off the coast of North Carolina, underwater archeologists are exploring and excavating the fearsome pirate Blackbeard’s ship! His ship, The Queen Anne’s Revenge, terrified anyone who saw it! Now it lies off the coast near Beaufort, North Carolina, where it was undisturbed since it sank in 1718.

Blackbeard, aka Edward Teach, likely began his pirating career in 1713, when he became a crewman aboard a Caribbean sloop commanded by pirate Benjamin Hornigold. Later Teach took over a captured 26-gun French merchantman, increased its armament to 40 guns, and renamed it the Queen Anne’s Revenge.

The Queen Anne’s Revenge served as the flagship of a pirate fleet of four vessels and more than 200 men. Teach became the most infamous pirate of his day. He won the popular name of Blackbeard for his long, dark beard. He would light it on fire during battles to intimidate his enemies!

Blackbeard’s pirate forces terrorized the Caribbean and the southern coast of North America. They were notorious for their cruelty.

It was discovered almost 300 years after it sank by a special underwater scanning tool called a “magnetometer.” Scuba diving scientists identified the wreck with several cannons on the ocean floor. Underwater archaeologists are carefully excavating the shipwreck and have finished about half of the site.

Artifacts from the shipwreck go to the Queen Anne’s Revenge Conservation Laboratory in Greenville, NC. Eventually, Blackbeard’s booty will make it to museums so you can see it too.

It’s pretty amazing where your swim and scuba skills will take you!

If you want to read more about Blackbeard and The Queen Anne’s Revenge excavation site –check it out here!

Want a fun pirate printable? You can download it here! 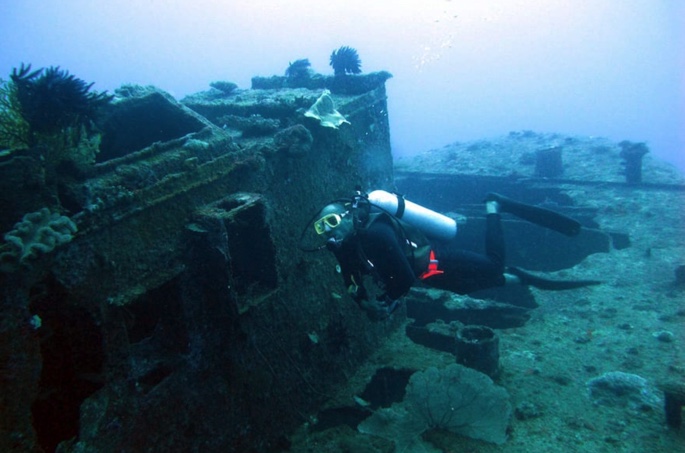